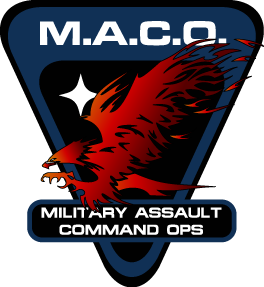 During the massive reconstruction of Earth, following the devastation of World War III and First Contact with the Vulcans in 2063, both the surviving and newly-born governments of the world decided that another conflict of such a scale would destroy them forever. Together they joined starting in 2064. By 2100 all Earth governments were united and by 2150 every colony, town and settlement in the Sol System was part of the United Earth Government.

The governments of Earth believed that to completely unify they would need to bring several key elements under the banner of the new government, taking them away from individual nations. Those key elements were Financial, Legal, and Military. Because of the devastation of international trade and infrastructure, creating a united currency was the most simple and accepted within a few years. Integration of Earth’s legal system would take much longer — until almost 2140 to be fully complete. Military integration was the most difficult of all, with issues ranging from mistrust of old enemies, to long traditions of service and pride, to current usefulness. There was much conflict over the issue.

Founded in 2065, the United Earth Space Probe Agency. Charged with all interstellar operations of the new government, its primary arm was the United Earth Starfleet which oversaw all government space projects and was tasked with the protection of the Sol System. In order to prevent another war and to prevent therisk of conflict, the agency and Starfleet were not chartered as military forces but as civilian with a military hierarchy. Their forces would have little to no weapons, engage only in defence operations, and explore.

As the UESPA started its operations the UE Government began the debates on military forces in the new government. With many national governments still worried about each other and fearful of more horrors like Colonel Green, it was difficult to get any sort of agreement on the issue. Many of the smaller national governments were willing to accept the idea of a united military, but larger ones such as the United States, the Russian Confederated Territories, and the Britannic Alliance were hesitant. In 2072 seeing the success of the UESPA, the stability of the Earth Government, and following some prodding from the Vulcans, they relented and the United Earth Military Command was founded. The larger governments agreed under the stipulation that they would have time to slowly demobilize and disarm over a few decades. The last of them disbanded in 2130, many of them providing forces to the UE military (especially officers).

The United Earth Military was divided into several commands: Aerospace Command, Infantry Command, Armored Command, Logistics and Support Command, Training Command, and Assault Command. The Military Assault Command was run by Military Assault Command Operations (MACO) and charged with what would be called special operations among some Earth Forces. They were considered the most elite forces at Earth’s command, being at first comprised of personnel from organizations such as US Army Rangers, Delta Forces, US Navy SEALS, Russian Spetsnaz, British Special Air Service, and many others.

As of 2153 MACO technology and tactics was more advanced than Starfleet and believed from simulations to be able to match both Vulcan High Command and Andorian Imperial Guard special forces in combat.

Starfleet and the United Earth Military were often at odds due to their different natures, one was founded in exploration and diplomacy the other retained its charge for the use of force. Each had a different purview and unique priorities which often caused ideological clashes. This was especially true with Starfleet and MACO due to several incidents in the early days of the founding of the United Earth.

Not all nations and colonies decided to join the United Earth; some decided to actively oppose it. Starfleet requested permission to mediate and over the objections of the military (who claimed Starfleet’s remit was outside the Earth’s atmosphere, was allowed to proceed. They were successful at first,  however there was an incident during negotiations with a warlord which resulted in the death of the United Earth Representative. The military claimed this was due to negligence or neglect of several security concerns by Starfleet.. Following that Starfleet was removed from the mediation teams and MACO took its place. In several locations some governments or warlords all but declared war on the United Earth and over the pleas of Starfleet the MACOs were unleashed on these enemy forces. Multiple hostile warlords and governments were brought down over night with minimal bloodshed. From that point on until the Xindi Conflict and Romulan War, Starfleet and the Military would always have a cold relationship.

In 2153 Earth was attacked by the Xindi, and with intelligence provided by Captain Archer of Starfleet, Earth knew to expect more attacks. The United Earth vastly increased its military, going so far as to pass the Overwhelming Forces Act which gave the United Earth the authority to take command off all remaining non-United Earth military forces should they be needed.

Captain Archer convinced Starfleet Command that they needed to attempt to engage the Xindi before they reached Earth, and if all possible prevent a second attack either through diplomacy or with force. Although he never said it to Starfleet he believed force would be the only viable method and went to the unprecedented of step to contacting the MACO and requesting a detachment be assigned to Enterprise for the mission. In the beginning there was a clear division between the MACO unit and the crew. The MACOs were disciplined professionals who were given a clear mission, one of which the severity was well known. This lead to them often seeming cold when they were actually focused on their mission: protect Enterprise and her crew, and be ready for operations at a moments notice.

The crew with several exceptions remained reserved toward the MACOs until they enguaged the Xindi in the Expanse. The courage and dedication displayed by the MACOs as they defended the ship from borders on several occasions as well as when they rescued crew members who were in danger began to change the minds of many of the Starfleet crew. Additionally, a frank discussion between Major Hayes and Lieutenant Reed lead to greater acceptance. The cooperation between the two groups was not without friction such as when Captain Archer was affected by a Xindi Pheromone and put the MACOs in control of the ship when the Starfleet crew attempted to stop his work on repairing a hatchery ship. He relied on the MACO military training and discipline but was in the end stopped by his crew and returned to normal. When Major Hayes was killed in the line of duty (heroically leading a rescue party for Ensign Sato), he placed the MACOs under Reed’s command and recommended his replacement before dying of his injuries. The walls between the two forces continued to diminish until at the end of the mission the crew of the Enterprise viewed them as fellow crewmates.

Following their return from Xindi space Captain Archer requested to keep his MACO detachment aboard and shocked Starfleet Command when he recommended all Starfleet ships carry a detachment of them from now on as standard procedure. It was clear his time in the Expanse has changed him and taught him many things. When asked why he would recommend it, he told the admirals that he joined Starfleet to be an explorer, and became a captain to lead other explorers. He and his crew could fight and use tactics when needed but they were not as skilled at it as MACOs. Sadly in his experience there are as many people in the galaxy that will point a weapon at them as will offer the hand of friendship. Simply put Starfleet was founded on  great principles and ideals, but having gone deeper into the galaxy, he found that Starfleet could not do it alone.

While Starfleet did not request units from MACO, Captain Archer’s words were heeded by many within Starfleet and MACO soon received requests from almost eighty percent of the fleet to ask for a detachment as well as some facilities for units to support their own security forces. When the Coalition of Worlds was founded in 2155 Starfleet officially had MACO units assigned to specific classes of ships, notably the NX class. When the Romulan War broke out they were assigned to all ships in the fleet.

At the beginning of the Romulan War in 2156, MACO units were found on many Starfleet Vessels to help defend them from boarders. Sadly many were never be able to put their skills to the test, Romulans destroyed disabled or damaged ships unless they had some sort of possible value. After this practice was discovered, over the objections of Starfleet most MACO units were pulled from starship defense and re-tasked with offensive operations. Some units remained on capital ships or at priority targets that the Romulans might try to take such as starbases or flagships.

There are very few stories of success to be found in the annals of this war. It was brutal, bloody and merciless. All United Earth forces suffered extensive casualties, including the MACOs. When able to engage Romulan forces MACOs proved their combat abilities such as the successful defence of Starbase 4. At the end of the war MACO was at forty percent operational capacity, which was a to play a key factor in their fate in the new United Federation of Planets.

Founding of the Federation

In 2161 with the birth of the United Federation of Planets a large scale reorganization occurred along the forces of all member worlds. Large amounts of United Earth Military and Starfleet were to be absorbed into the new Federation Starfleet along with the Andorian Imperial Guard, Vulcan Defence Forces and Tellarite Navy. Not all forces would be absorbed: each member would keep a dedicated system defence force for system security and patrols. It was decided that the Federation would be centered on Earth, as such Starfleet was given authority in the system in terms of security negating the need for some of the defence forces others would have. A group of older surviving ships from before the Romulan War remained in service to the United Earth as the United Earth Solar Fleet and the rest were given to the Federation for use in the new Starfleet.

With memories of the Romulan War fresh in everyone’s mind the United Earth Military was absorbed into various branches and divisions of the new Federation. A small contingent of infantry and aerospace forces were reorganized into the United Earth Solar Force for planetary protection as well as emergency support.

From their operations in the Romulan War it was decided that MACOs would still be needed. Given that they became trained and accustomed to serving on ships and using Starfleet ships for transportation the MACO’s were incorporated into Starfleet Security so they would be well integrated into shipboard operations and procedures as well as able to quickly deploy.

MACOs were reorganized into the Starfleet Security Tactical Response Force (TRF), which would be teams of personnel that were assigned at the request of a captain or the needs of a mission. They retained their superior training for missions such as hostage rescue, capturing starships and others. This training would be put to the test in the future.